Started by Bazemore · 0 Replies
Reply to this topic 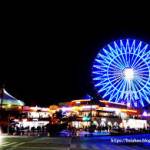 Thread was successfully added to your timeline!

To upload images, videos, and audio files, you have to upgrade to pro member. Upgrade To Pro