Alcohol dependence syndrome is an extremely widespread problem these days.

The alcohol dependence syndrome is an extremely widespread problem these days. Alcohol abuse is one of the most terrible issues of modern society. It can lead to gradual degradation and death of not only a single individual but even the entire nations. There are many reasons for the alcohol dependence syndrome development. For example, a moral degradation of a person is considered as one of the main aspects leading to alcoholism.

Moral values play a significant role in life of any person. The whole life depends on whether a person is endowed with high moral values or not. Morality is the thing that separates people and unites them at the same time. Under the influence of certain life situations, moral principles and human values are subject to change. When a person experiences a difficult period in life, there are two ways to deal with such situation, namely surrender or try to oppose the circumstances. A weak-willed person will definitely surrender. Besides, there are a great number of means, which can be used to worsen the condition. Such substances as alcohol and drugs are among them. As a result, spirituality, primarily as a reflection of the inner world of a person, as well as its integrity and completeness, is destroyed rapidly, if a person chooses to abuse alcohol. Consequently, an individual involuntary becomes an alcoholic trying to escape from reality in an attempt to find peace of mind and tranquility through a drunken state of mind. However, later, these attempts can have extremely negative results. The imaginary comfort for such individual begins to serve as a justification of all his/her unpleasant deeds. A bad habit eventually leads to a serious deformation of an individual. At the first place, it is easy to notice the changes of the life values system.

Spiritual foundations, moral principles, traditional taboos, and conventional rules seem to become erased in an alcoholic. As a result, a person loses his/her values, degrades, and finally ceases to exist. Moreover, drinking alcohol, as well as other addictions, often provokes manifestations of antisocial behavior in the person. It is important not to lose momentum and provide support and assistance to a person in time, as alcohol is not a weakness but a serious illness, which destroys an inner world of the individual.

In fact, a whole range of psychological preconditions opens the way to addiction. Many of them have quite significant differences. In all its diversity, the human ego is at the base of each cause. If "I" represents a harmonious and integral person, the level of stress and frustration is compensated by internal resources. Nevertheless, in situations when the degree of internal dissatisfaction still exceeds the reserves, a man begins to look for different ways to compensate an uncomfortable existence. Nevertheless, not every way a person chooses can be called rational. Frequently, escape from reality through a drunken intoxication leads to serious problems with alcohol in the future.

The most common prerequisite of alcohol dependence includes under- or over-inflated self-esteem. Moreover, problems with self-esteem of both a low or oversized nature are often accompanied by a variety of mental disorders. It should be noted that people who have difficulty in communicating are more susceptible to the development of alcoholism.

Causes of alcoholism and drunkenness with dangerous consequences lie in different planes. Despite the fact that there are many reasons for the development of alcoholism, psychological and social reasons are considered the most significant. Genetic predisposition cannot affect the body of the person as greatly as human psychology. Moral principles and values play an extremely significant role in this situation. A weak-willed person, who tends to abuse alcohol, loses all life values. Consequently, it leads to complete degradation of the individual in the future.

If the article was cognitive for you, proceed to read other articles on Exclusive-Paper.com. Most of the articles are written by Lily Johnson, a professional writer. 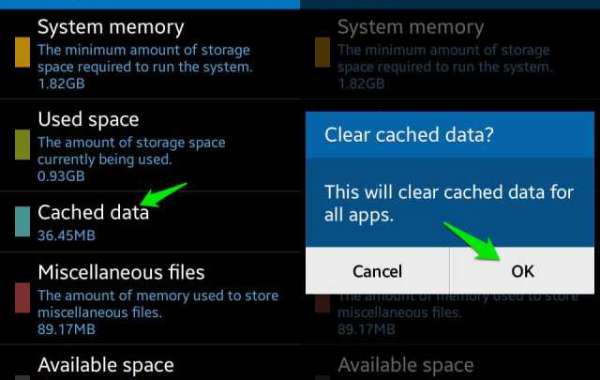 How to clear your browser's cache on a mobile device